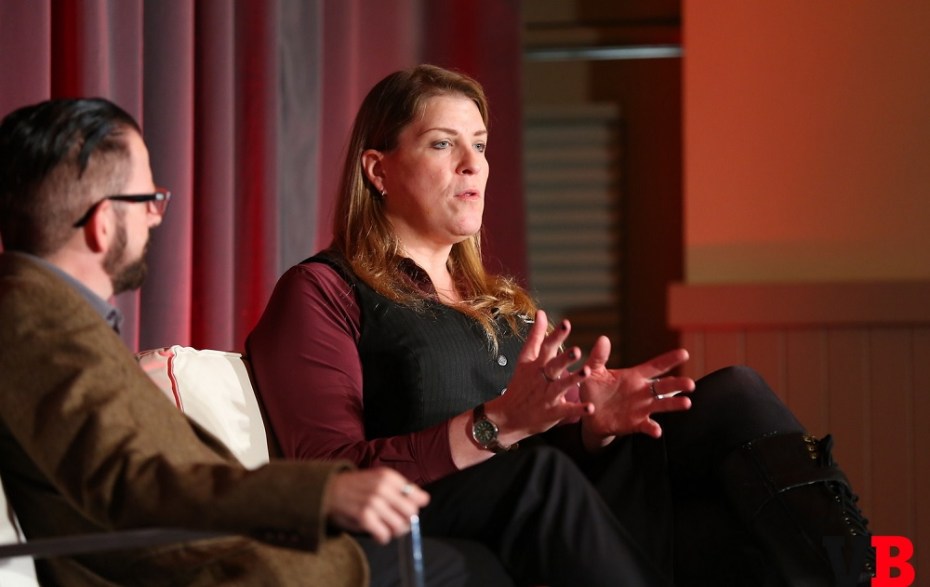 We’re happy to say that we’ll have more women speakers than ever before at GamesBeat 2015, and the topic of diversity will come up often. We consider these 17 all-star women to be one of the attractions that will make our conference unique and a must-attend event for industry leaders.

One of our breakout sessions is “Diversity in people, perspectives, and products.” Panelists include Katy Jo Meyer of Microsoft; Megan Gaiser of Contagious Creativity; Justin Hefter of Bandura Games; and Asra Rasheed, executive producer at Disney. Gordon Bellamy, a visiting scholar at USC and adviser to Ninja Metrics, moderates the session.In the big picture, we don’t have a lot of women among the whole cast of speakers. But that’s a symptom of the game industry’s own challenges in putting women and underrepresented minorities into positions of leadership. With Gamergate and online harassment, it seems like many would rather shut down the diversity of voices in the industry. But we think that diversity gives us new ideas that make gaming stronger. And our speakers will have their own perspective on how welcoming the game industry can be for women and how to recruit more in the future. We have succeeded in finding gaming veterans and fresh voices alike as our speakers.

Megan Gaiser is in a fireside chat with Daniel Bernstein of the Corum Group on creativity and how it can foster both diversity and financial success.

We also have a fireside chat with Brianna Wu, head of development at Giant Spacekat, maker of the Revolution 60 mobile game. Wu has been at the center of online harassment controversies in the past year, and she has become an outspoken leader for women in gaming.

Emily Greer, cofounder and CEO of Kongregate, the digital gaming division of GameStop, also talks about choosing a multiplatform gaming strategy. Perrin Kaplan, head of Zebra Partners, interviews Arkadium CEO Jessica Rovello in a fireside chat about how to succeed in gaming despite uncertainty, like losing half of a game studio in a very short time. Kat Bailey of US Gamer moderates a session with Kate Edwards, executive director of the International Game Developers Association, about how satisfied game developers are with their industry.

Shirley Lin of YeahMobi joins a panel on how to crack into the Asian markets, and AJ Glasser of Facebook interviews Chris Heatherly of Disney Mobile. Blair Ethington, a general manager at Crowdstar, is part of a session on brands in games. Amy Jo Kim, a veteran game designer and cofounder of Shufflebrain, is on a panel on the future of user-generated content.  Nancy Roberts, general manager of Glispa North America, is joining our breakout session on user acquisition.

Our online-only talks also feature women leaders. Wanda Meloni gives a talk in an online-only session on the Open Gaming Alliance. Theresa Duringer, co-creator of the Bazaar VR game and Cannon Brawl, is in a fireside chat, as is Nicole Lazzaro, CEO of XEO Design.

We hope you can attend GamesBeat 2015, located at the Grand Hyatt Union Square on October 12 and October 13 in San Francisco. You can sign up for it now.

Gaming has many kingdoms: mobile, console, PC online, geographic, and more. In each of these powerful realms, companies are fighting to grow fast, to come out on top, and to cross boundaries to rule more than one empire. Playing the competitive game, making alliances, prepping for new platforms like augmented and virtual reality, and surviving the incredibly fast change in gaming right now is more difficult than ever. It’s more complex than the fantasy world of Westeros in HBO’s Game of Thrones … and it’s happening right in front of us all. At GamesBeat 2015, we’ll dissect how these kings and queens are battling for gaming supremacy and growth. We’ll find out who’s leading and how they are winning.

We’re screening our speakers for bold ideas, transparency, global strategies, creativity, and diversity. Our speakers show that gaming has become a global and diverse business with many intricacies and strategies. This year, we’ll have as many as 105 speakers and many well-known moderators over the course of two days.